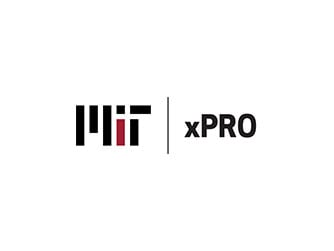 Getting Beyond the Hype of the IBM-Google Quantum Supremacy debate

This October, Google announced in an article published in the journal Nature that its quantum computer, which runs on a 53-qubit chip called “Sycamore,” took only 3 minutes and 20 seconds to calculate a problem that would take the world’s fastest conventional computer 10,000 years to solve.

IBM disputed Google’s quantum supremacy claim, arguing that an ideal simulation of the same task can be performed on a classical system in 2.5 days and with far greater fidelity.

And the debate continues.

Looking beyond the headlines, what does this mean for the rest of us? To learn more, we spoke with William Oliver, MIT Associate Professor of Electrical Engineering and Computer Science, Professor of the Practice of Physics, Lincoln Laboratory Fellow, and the Associate Director of the Research Laboratory of Electronics. Oliver is a lead faculty member for the MIT xPRO Quantum Computing Fundamentals online course. 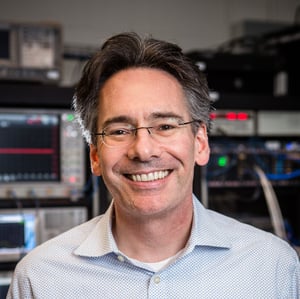 Will Oliver: Quantum supremacy is the point at which a quantum computer performs a well-defined task that would be impractical to perform on a conventional computer. What exactly “impractical” means depends on the person.

Professor John Preskill at Caltech, who coined the term, originally described it as a task we would never try to do on a conventional computer, because it would take too long. Others in the community, such as Scott Aaronson, a professor at UT Austin, use a vernacular definition indicating the point at which a quantum computer outperforms a classical computer.

MIT xPRO: What’s your take on the debate on quantum supremacy happening between Google and IBM?

Will Oliver: I think this scrutiny is good. It’s part of the scientific process. It is inevitable that better classical algorithms will be identified.

Still, we have reached the point where – for certain tasks – we can seriously compare the performance of small-scale quantum computers with some of the world’s most powerful classical computers, and I find that very exciting.

"We have reached the point where – for certain tasks – we can seriously compare the performance of small-scale quantum computers with some of the world’s most powerful classical computers..."

And, I am less motivated by attribution or refutation of “quantum supremacy” – however it is defined – than by the overall improvement and benchmarking of quantum computers toward the goal of achieving practical application.

In addition to Google and IBM, there are numerous companies, including Microsoft, Rigetti, Intel, Alibaba, and others, engaged in building full-stack quantum computing platforms, as well as a broad and increasing number of blue-chip and start-up companies targeting specific areas of hardware and software development.

There is no single benchmark. The cross-entropy benchmarking by Google is one approach, the quantum volume approach or benchmark introduced by IBM is another, and sampling solutions to pseudorandom circuits is yet another. Just as there are many different types of benchmarks for classical computers, we need to develop and apply standard benchmarks to quantum computers.

MIT xPRO: So, are these announcements on quantum supremacy important or just hype?

Will Oliver: This demonstration of quantum supremacy over today’s leading classical algorithms on the world’s fastest supercomputers is a major milestone. It’s an important step forward.

In my recent piece in Nature, I compared it to when the Wright Brothers flew their first powered airplane. The demonstration didn’t solve any particular transport problem at the time. The plane only flew a few hundred feet, and a horse could have run faster. It didn’t herald the onset of commercial aviation; large-scale commercial airlines didn’t emerge until decades later. Nor did it mark the end of other modes of transportation; even today, 90% of commercial shipping is done by… ship. But those early flights started us on a path.

Nascent quantum processors have matured to the point that we can debate whether a 53-qubit quantum processor performs a particular task in any comparable way to the most powerful classical computers on Earth, featuring tens of thousands of CPUs and GPUs, trillions of transistors, and petabytes of memory. Quantum computing is extremely difficult, and the qubit processors are incredibly sensitive. So, getting this far is remarkable.

MIT xPRO: How can people and organizations position themselves to benefit from the advances in quantum computing?

Will Oliver: The nature of computing is changing, and organizations must provide quantum computing training to address these changes. This field is dynamic, and advances are coming at a rapid rate.

It’s important to stay up-to-date and have a continuous learning mindset about new technologies and capabilities. The teams tuned in to and open to the possibilities of quantum computing are the ones who will best be able to capitalize on its advantages.